Whose Job Is It? Navigating Compliance, OCR Enforcement, and the PHI Risk Threat Landscape

7 lessons learned from the 2016 Resolution Agreements and how bridging the gaps between Privacy, Security and Compliance can mitigate organizational risk and improve your compliance posture.

The year 2016 was record-breaking—but not in a good way. In 2016, OCR enforcement activity resulted in more cumulative settlements than in any previous year. The year’s many multimillion-dollar fines served notice: Healthcare organizations must exercise extreme vigilance in assuring and maintaining HIPAA compliance.

According to the Verizon 2016 Data Breach Investigations Report, nearly three-fourths of all healthcare data security incidents were attributed to insider threats. And though many of the breaches occurred within a span of minutes or even seconds, more than half of the breaches were not discovered for days. Months were required to discover more than a third of the breaches.

During this webinar, FairWarning’s Senior Healthcare Privacy Specialist, Robert Mireles, and Director of Managed Privacy Services, Chuck Burbank, take a look back at 2016. They examine the events and incidents that made 2016 such a notably notorious year (more than 11 million healthcare records were exposed in June alone!).

A look back at 2016 also revealed four key gaps in most healthcare organizations’ privacy and security defenses:

But who’s job is it to plug those gaps? Who should be responsible for assuring compliance at your healthcare organization? Who must…

Also discussed is the largest single security threat to your organization: your people. People-Centric Security recognizes that your biggest asset, your people, also represents your largest threat.

Will 2016 continue to hold the record as the most active year in history for OCR enforcement activities? It’s unlikely; it appears that 2017 will at least rival 2016. But for those astute enough to prepare for the future by learning from the past, this webinar provides invaluable guidance for staying off that rapidly growing list of record-breaking OCR settlements. 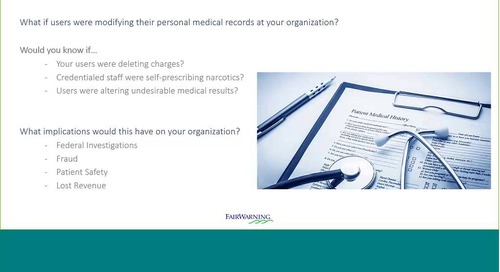 The What Ifs: Navigating Compliance, OCR Enforcement, and the PHI Risk Threat Landscape 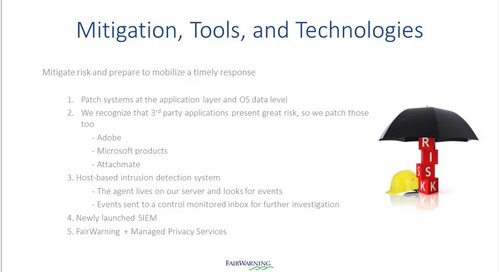 Data Protection and Compliance in Your EHR: Epic

Find out how to defend against breaches and how to use FairWarning Patient Privacy Intelligence to minimize... 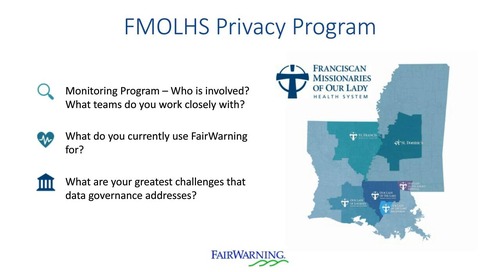 Elizabeth Champion, VP and Chief Compliance Officer at Franciscan Missionaries of Our Lady Health System, explains how governance data strengthens the privacy program at her organization. 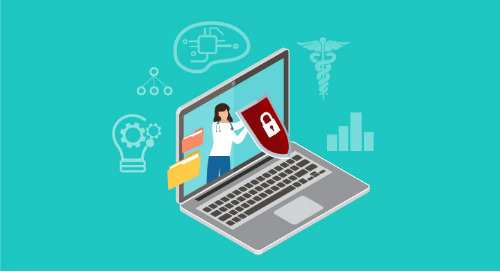 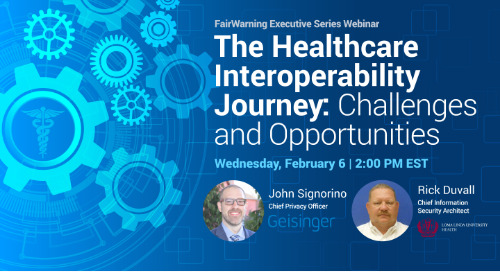 The average healthcare system has an average of 16 distinct EMRs, plus dozens of clinical and specialty applications. But how can privacy/security professionals overcome interoperability challenges? 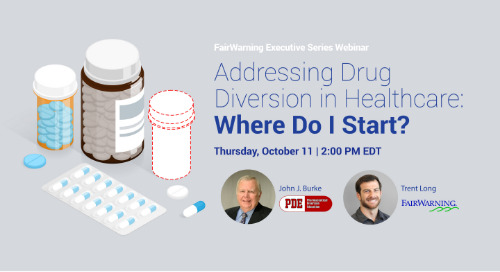 1:01:42
Addressing Drug Diversion in Healthcare: Where Do I Start?

Drug diversion in healthcare has surged in recent years, thanks to the worsening opioid epidemic. The hefty impact diversion has on care providers, patients, and diverters means care providers are oft 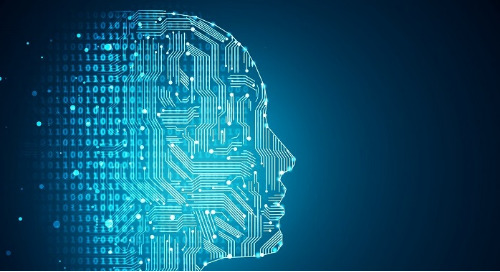 59:30
Harnessing the Power of AI in Healthcare: Ethical & Legal Considerations

Used properly, AI can improve patient outcomes and professional satisfaction. But if not handled properly, it could open organizations up to myriad ethical and legal issues. 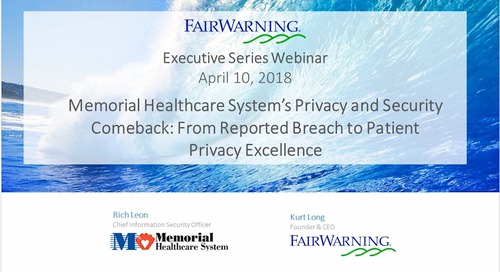 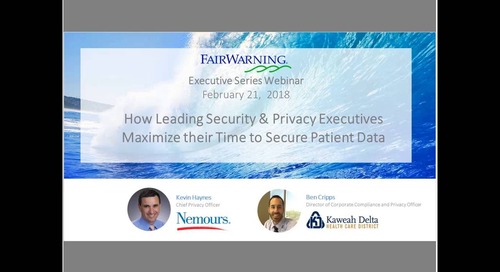 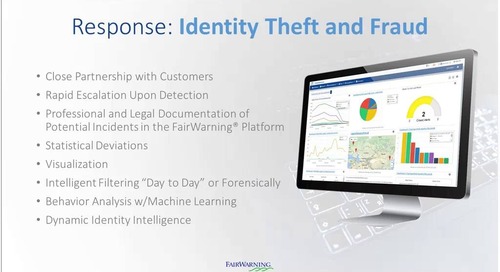 Discover these creative security tactics that can thwart criminal threats to protected patient health data and how to prevent future attacks. 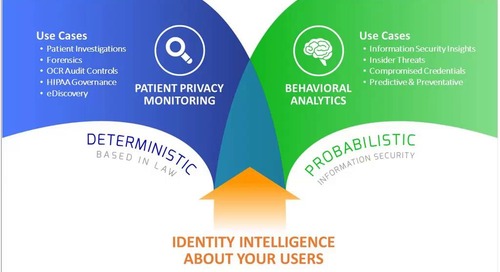 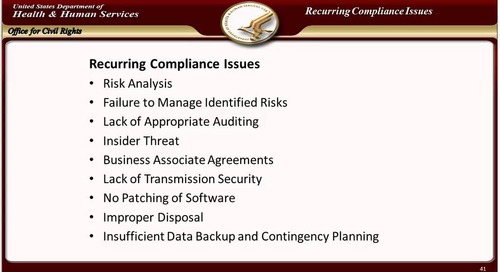 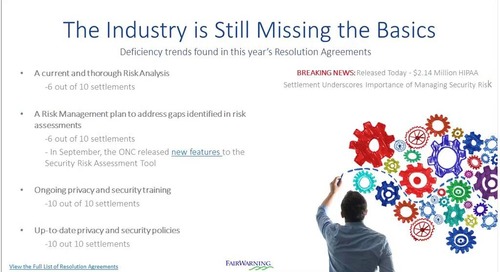 30:49
How We Can Help: Navigating Compliance, OCR Enforcement, and PHI Risk Landscape
Watch

56:38
Data Protection and Compliance in Your EHR: Epic

Find out how to defend against breaches and how to use FairWarning Patient Privacy Intelligence to minimize the damage when breaches occur. 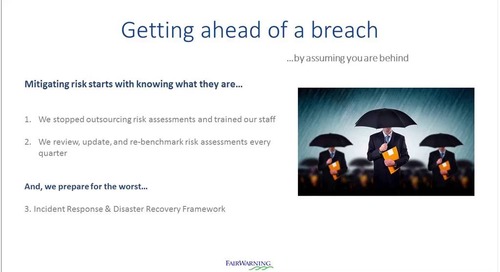 46:55
Data Protection and Compliance in Your EMR: Cerner

NCH reveals the single largest challenge the NCH team has faced in developing their current information security program along with tips for getting executive buy-in for data security initiatives. 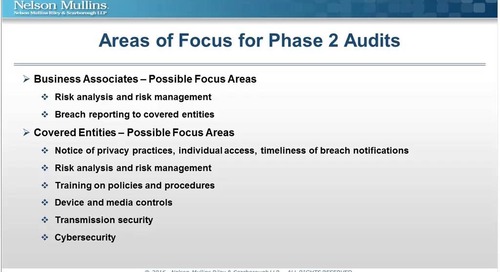 What should your organization do to prepare for OCR Phase 2 HIPAA audits? This webinar provides guidance from three of the healthcare industry’s leading professionals. 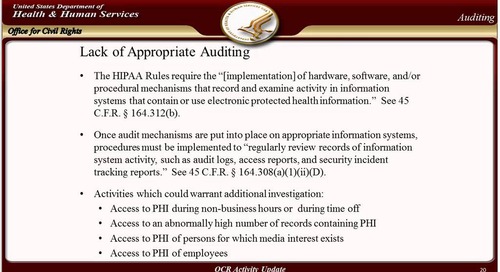 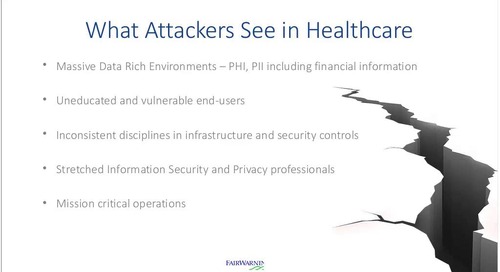 1:01:07
What’s at Stake? Security, Trust and the Future of Healthcare
Watch 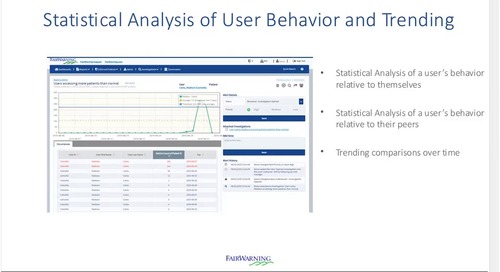 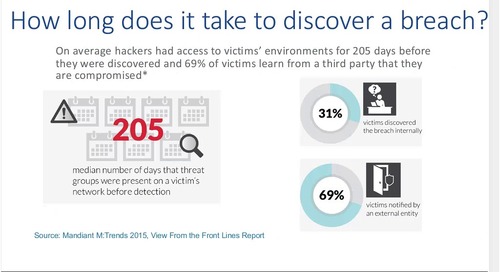 In this webinar, learn how Susquehanna Health leverages Managed Privacy Services to augment its privacy and security program and fight escalated threats with expertise. 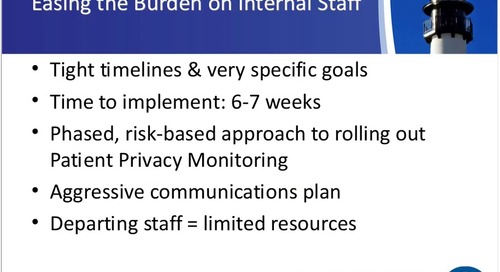